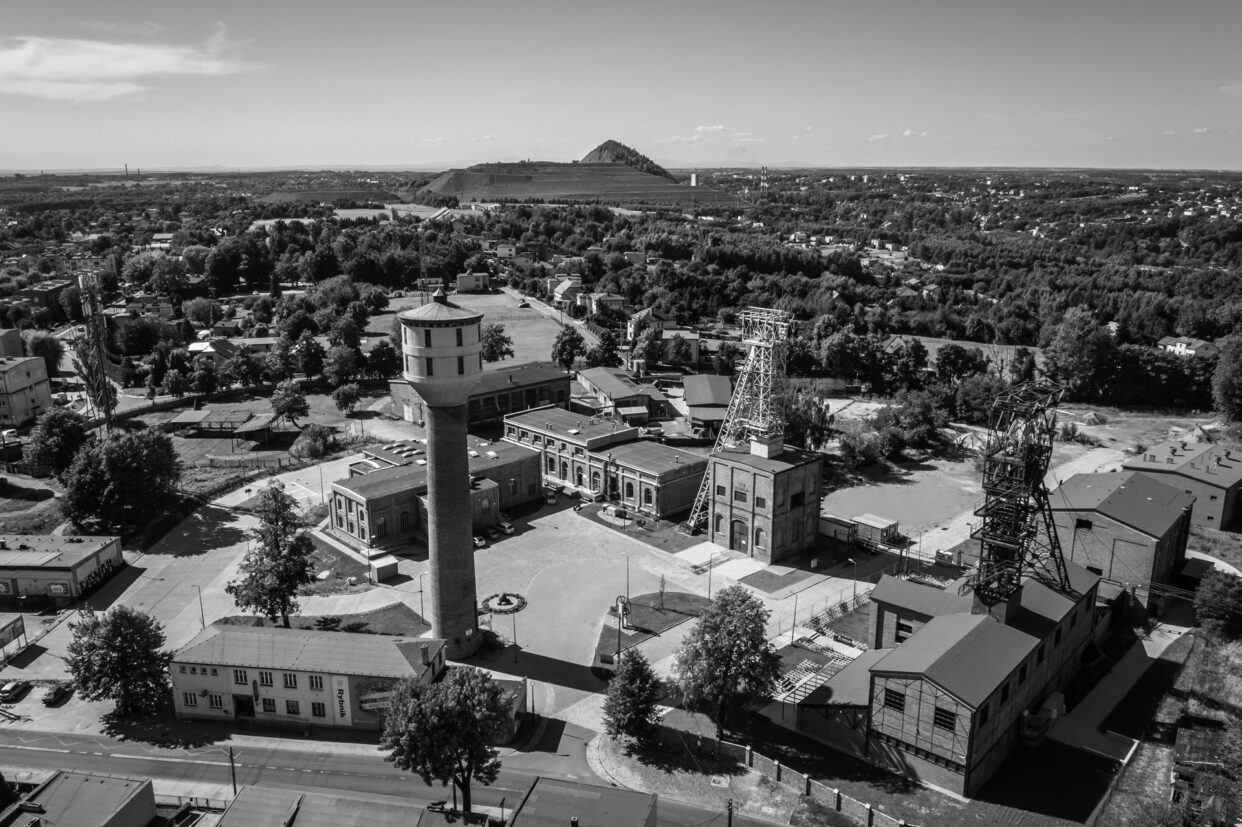 Initially a brick skeleton of the lookout tower was the chimney of the former boiler house. It was 80 meters high. In the 1950s a water tank with a capacity of 300 thousand liters was installed on the skeleton of the chimney. The water tower provided drinking water to the nearest neighborhood until 1995. The building was converted into the vantage point and handed over for visiting on 1 January 2008.

The building was erected in 1902. Initially two piston-type generators were installed there. Later it was extended and made higher as well as enriched with new electric generators. In 1913 a new steam air compressor was fixed inside. From 1956 the building served only as a compressor hall. At present there are two electric compressors of a historical value: Linke-Hofmann dating back to 1923 and Ingersoll-Rand, a Canadian produce, from 1945.

The pithead building was erected in 1901 above „Oppurg” mine shaft („Głowacki” since 1936). The steel tower is 37,5 m high. Until 1927 the mine shaft was used to collect the output taken to the surface, and then to transport people and materials. The mine shaft was gradually deepened to reach 600 m. In 2021 it was filled in

Construction of the engine room and pithead was completed in 1922. The former accommodated a steam hoisting machine produced in 1920. The device served „Grundmann” output shaft („Kościuszko” since 1936). The latter is the steel and brick hall with a steel tower, 37 m high. The shaft was successively deepened to the depth of 600 m. It was primarily used to transport the output. Mining was suspended in 1995, and in 2008 the steam machine was immobilized, while the mine shaft filled in.

The engine building was created in 1901. Inside you can find a steam hoisting machine dating back to 1900, launched two years later. It served the neighboring mine shaft – „Oppurg” (later called „Głowacki). The so-called joiner’s shop building was added to the engine building in 1917. Originally it was used as a compressor room equipped with a steam compressor. The device was disassembled in 1968. After conversion, the building accommodated the carpenter’s workshop and the top higher part was used as a payout hall.