Ignacy Historic Mine is an industrial complex located on the site of the former hard coal mine, which has been renovated and adapted for culture and tourism. It's situated in Rybnik in the south of Poland.

The site traces its roots to one of the oldest mines in Upper Silesia and the oldest one in the Rybnik area. It was established over 200 years ago in 1792 by the Prussian state. The person responsible for that task was Karl Georg Heinrich Graf von Hoym, minister of the Silesia Province. Therefore, the mine was called Hoymgrube for most of its history.

The facility was expanded and merged with neighbouring coal mines several times. After the First World War, the mine was modernized, which resulted in the increase of coal production. In 1936 the mine changed its name from Hoym into Ignacy in honour of Ignacy Mościcki – President of the Republic of Poland. It was closed in 1995.

In 2015 in the place of the industrial facility, the city of Rybnik created the cultural institution and the restoration process got started. The renovation works are about to finish in 2022 on the 230th anniversary of the mine. Its most valuable items are the two steam powered winding engines from 1900 and 1920, which are well-preserved examples of the superior technical knowledge from the first half of the 20th century.

The former water tower which has been converted to a 46-meter hight viewpoint is a huge tourist attraction as well. From the top of the tower you can enjoy an agrarian-industrial landscape, where the green of the surrounding forests and fields contrast with frameheads, slag heaps and other buildings of actively working mines. Visitors must be able to climb all 222 steps unaided.

The Ignacy Historic Mine is preparing to reopen. The Kosciuszko engine room and shaft building will be converted into the core exhibition “Age of steam”, devoted to steam engines as a source of energy that revolutionised the world. The most important exhibit is a hundred-year-old steam machine, produced by Linke-Hofmann-Werke Company from Breslau (today Wrocław). Demonstrations of its working will be a part of the visit. It is set to be completed by 2022.

The interactive education center will be opened in the Głowacki engine room. It is the initiative of Kopernik Science Center in Warsaw. More than 20 exhibits will help visiters to become familiarized with selected issues from the field of ehysics.

Behind the buildings there will be leisure space with an industrial playground and a steam fountain that are about to be finished in 2022. 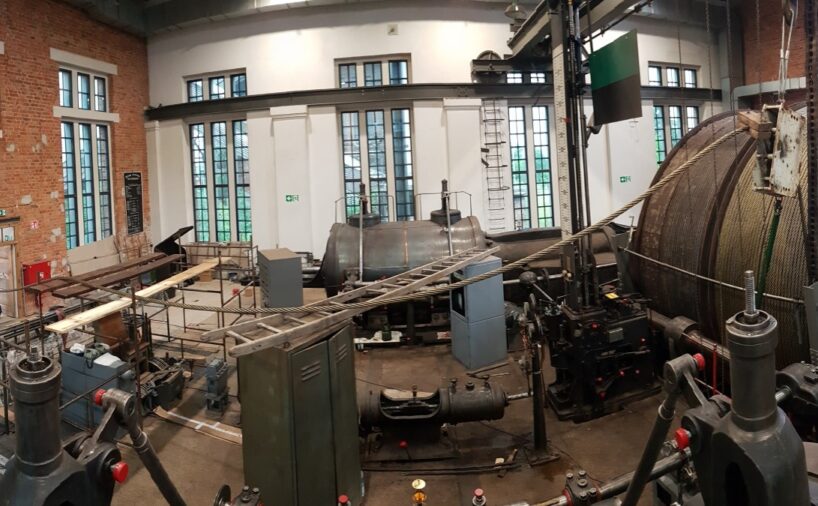 A new cable on a head frame and winder

Another stage of the restoration works in the Ignacy Historic Mine in Rybnik (Upper Silesia, Poland) has finished this month.